For visualisation of all the postings photo’s, please visit www.pilgrimagehome.com

A photo, facing the prison wall around Bethlehem, has been used as target by a Israeli soldier. You must be mad in your head to have fun with this. And if this becomes normal, you create a giant crowd of young people who left their military service as badly damaged as ex-vietnam soldiers. Who orders this ? 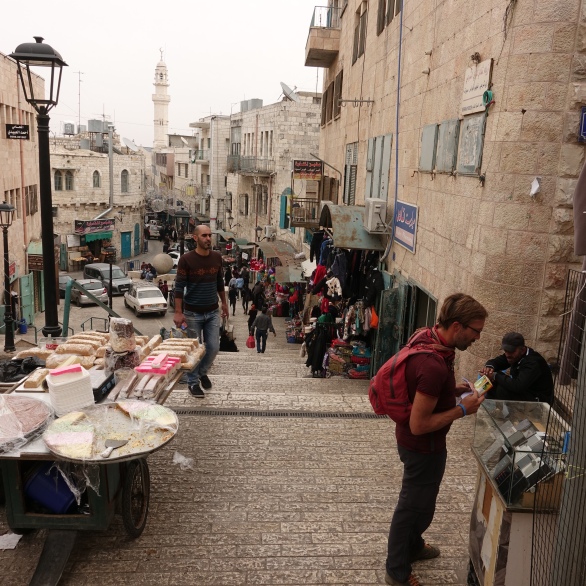 One of the few tourist trying not to buy something. Tourists cancelled massively their visit of Bethlehem after Donald Trumps statement about Jeruzalem (6th dec. 2017). Tourisms yearly income will drop with 20-40% this year. 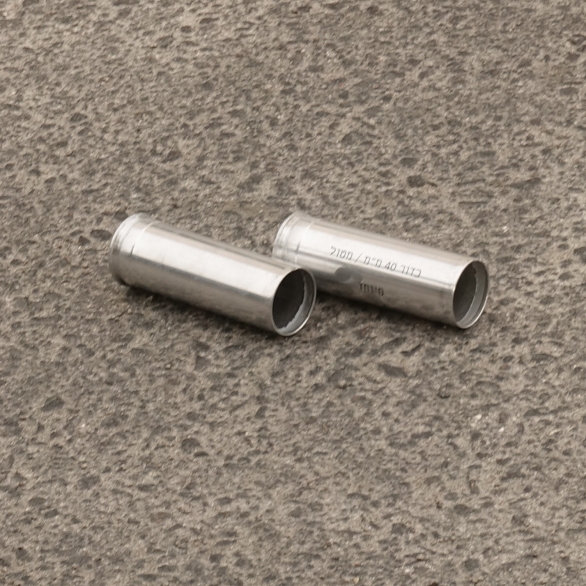 Freshly fired from Israeli forces. They sometimes fire with rubber or with arms.

.. and journalists in the background. The press publishes this as “Clashes in Bethlehem”, while – here – it is only some guys throwing stones.
Visiting Bethlehem was a gentle encounter with the muslim and christian arab population and also a submersion in the hard reality of the Israelian-Palestinian conflict in the walled prison of Bethlehem. Where 13 year boys are being accidently shot, young men throw stones in protest, tear gas in response. We smelled the gas and saw it falling down a few meters from us. We saw houses with bulletholes, commemoration photos with bulletholes, tear gas still hanging in nets above playgrounds for kids, … many many signs of the very painful confrontation. We also heard of the sadness of young Israel, who is sacrificed in 2 to 3 years armed military service.

So much suffering that goes on while the society grows to more and more of Apartheid between Muslims and Jews, even if a majority wants peace, and both religions that says “thou shall not kill”. 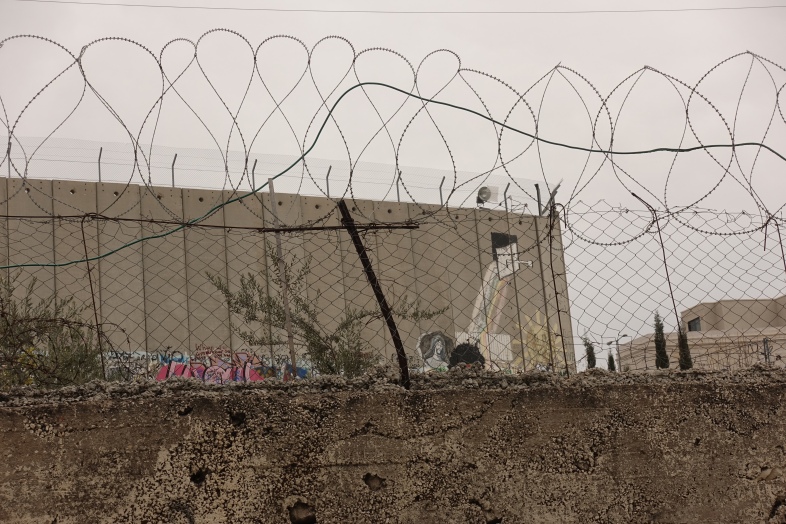 Palestinians are made very difficult to get out of their town into the world. It is easier to get a visa then an exit permit, mainly because Israeli are in fear of being bombed. 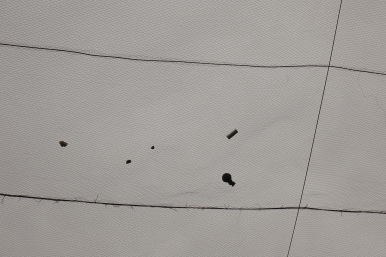 Israeli soldiers throwing tear gas at now (since Trumps statement about Jerusalem) daily protests from Palestinians (throwing stones). Luckily they didn’t use rubber bullets or real bullets when we were there.

Soldiers shoot from time to time on the buildings

… sleepwell … soldiers might just shoot into your bedroom, without reason … How can peace ever grow ?

A pomelo just missed Marion’s head, only to hit her shoulder. We ate it later : delicious !

But also so much openness in the eyes and hands of our guests, no feeling of being under threat by locals, even in the neighborhoud of the armed walls.

After Bethlehem, we still had the occasion to stay over at our friend Efrat and try to understand more of these very intense 20 days of Israel/Palestine submersion.

This site uses Akismet to reduce spam. Learn how your comment data is processed.